Behind The Chevrolet Logo: Inspired By A Wallpaper or Not? 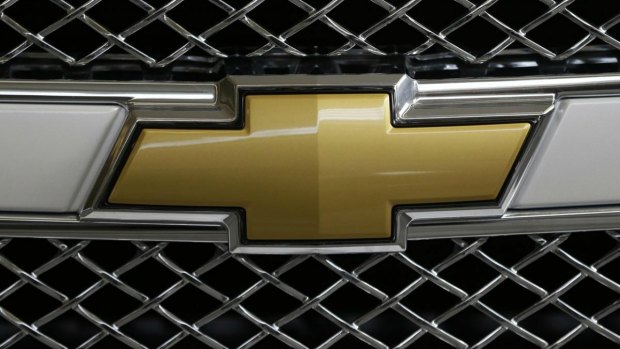 The famous bowtie Chevrolet logo, designed and introduced by the company co-founder William C. Durant, is representing Chevrolet for over 103 years. The American car brand is one of the world’s finest car makers and it was founded in Detroit, 1911 by William C. Durant and Louis Chevrolet. With over 4.25 million of cars sold per year in over 120 countries all over the world, the Chevrolet logo is one of the most recognized logos these days. While it may look quite ordinary and with no particular meaning, the Chevrolet emblem is related to several theories regarding its origin.

Today Chevrolet has a reputation for fuel-efficient, yet powerful, safe and reliable car models that deliver great performance, high value and high quality. The portfolio of Chevy includes some of the world’s most iconic performance car models, such as the Chevy Camaro and the Corvette, as well as plenty of award-winning passenger cars, such as Spark, Cruze and Malibu. The badge that all Chevrolet cars bear is really simple, but very stylish and it ideally suits them.

Two years after the establishment of Chevrolet, the iconic bowtie logo was introduced and it turned out to be a massive success. There are many possible origins of the logo, but the most likely to be real origin is the one that the co-founder Durant agreed with. According to Chevrolet, Durant got his inspiration for the company’s logo from a wallpaper while staying in a hotel in Paris. The captivating design of that wallpaper immediately dared him to tore a piece of it and put it in his pocket, so he can later use it as a nameplate for a car.

Despite Durant told the story himself, his daughter disapproved his logo’s origin. Margery, Durant’s daughter, published a book titled “My Father” in 1929 and in the book she explains how her father used to draw a plenty of nameplate designs on paper pieces at the dinner table. Her story says that the Chevrolet logo was born from a sketch drawn on a family dinner. However, Durant’s wife tells yet another story; Durant saw the logo in a newspaper ad while they were on a vacation.

The latest theory, which is probably farthest from the truth, suggest that the Chevrolet logo is actually a stylized version of the Switzerland’s flag. It comes from the fact the other co-founder, Louis Chevrolet, was born in a city in Switzerland. With so many possible origins, it is impossible to find out the real one. However, nothing makes the iconic Chevrolet symbol any less popular. The current golden bowtie logo is definitely one of the most attractive car logos, as well as one of the most recognized logos ever created.