The church’s yearly conferences in the early 80’s in Sydney, Australia gave birth to the music of Hillsong. This made the names Darlene Zschech and Reuben Morgan very popular throughout the world mostly for songs such as “Shout to the Lord”, “Mighty to Save” and “I Give You My Heart”. So it probably shouldn’t come as a surprise that every Hillsong Live worship album went gold in Australia. Out of the long list of Hillsong albums, Open Heaven/River Wild is the first one that is actually recorded in front of a live audience of over 25,000 attendants at the annual conference and it features worship leaders like Aryel Murphy, Chris Davenport, and Reuben Morgan. 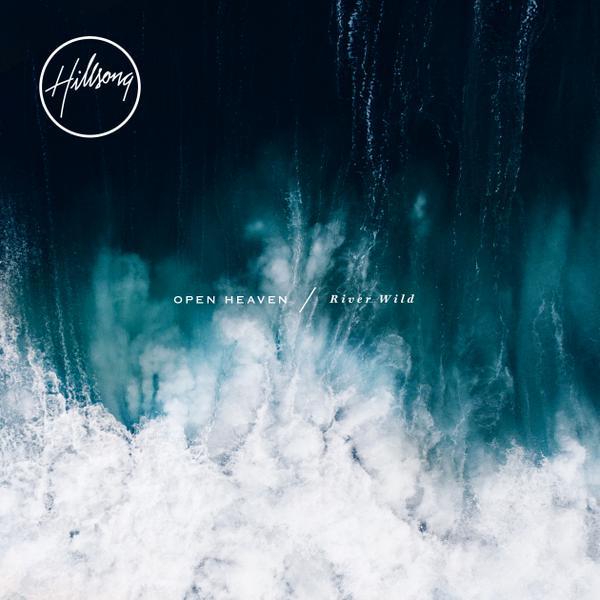 After the first listen of the Hillsong Open Heaven / River Wild album, it was pretty easy to notice the changes in the style that they had for more than 20 years of album releases annually. But, the main reason why Hillsong has always been and still remains the standard in worship music is this timeless aesthetic of their music. Don’t expect to hear the distinguished, big brass that played a major role on most of their albums throughout the 90’s such as People Just Like Us, All Things Are Possible, and For This Cause, however, the hidden emphasis remains the same. Hillsong’s main goal is to create accessible and singable music for the church body. Almost anyone can sing or play most of their songs without having to worry about complicated structures or weird key changes. With each release, Hillsong creates cord sheets and even video tutorials which makes it very easy for teams to learn their songs and make them part of their Sunday mornings. Hillsong Open Heaven / River Wild is no exception.

What I personally love the most about this album is that it is not at all pretentious and they are not trying to force any agenda on people other than the freedom in worship. Hillsong managed to make an album that feels just right if you play it at home, even though there are 25,000 people worshiping on the recording. I can only imagine how epic this would feel in a massive crowd.

Though it is hard to pick a favorite song, since the album as a whole is a true masterpiece, there are a few songs that stand out in my mind. Some of them are “Open Heaven/River Wild” which I believe is going to be very popular with the church, “One Thing” and “Jesus I Need You”, but I have to say that the one that resonates the most with me is “O Praise The Name (Anastasis)” which is actually a tribute to the structures of the old timeless hymns.

Overall, if you are craving for something new, yet familiar, I would strongly recommend you check this album out.