Most Expensive Paintings in the World (Listed) 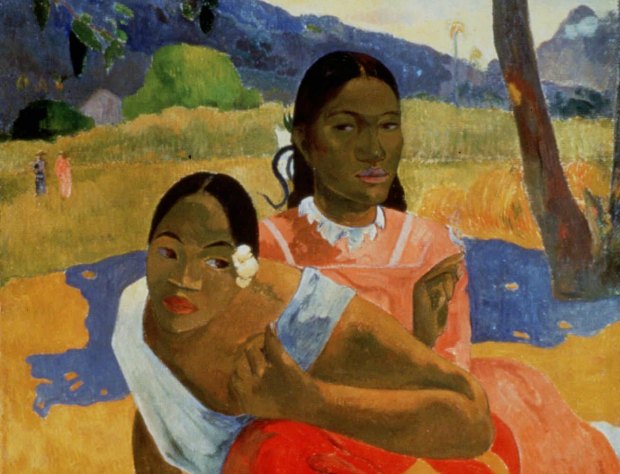 If you want to own some of the world’s finest artworks, it doesn’t hurt to have deep pockets. The most expensive paintings in the world can be usually seen in the galleries and museums. These painting are so valuable that art enthusiasts are willing to spend millions of dollars for them.

Here’s the list of some of the most expensive paintings ever sold at public auctions and private sales!

When Will You Marry by Paul Gauguin – $300million

Paul Gauguin’s famous 1982 painting of two Tahitian girls is the world’s most expensive single work of art. Qatar Museums bought the painting from a Swiss collector for $300 million in February 2015. The masterpiece was painted during Gauguin’s first trip to Tahiti.

Royal family of Qatar bought this famous painting by Paul Cézanne at a private sale in 2011 for $250 million. This is the last version of this fabulous composition by Cézanne and it was painted during 1892-1893. The psychological intensity in the faces of the card players makes this painting a real masterpiece.

Russian billionaire Dmitry Rybolovlev paid $186 million for this colorful canvas by Mark Rothko in 2014. The artist used a spare palette with the darkest shades placed at the top of the painting to symbolize his personal struggle with depression.

Pablo Picasso created a series of fifteen variations of Les femmes d’Alger. He was inspired by the French master Eugene Delacroix who had painted The Women of Algiers in their Apartment in 1834. This particular painting Version O marks the culmination of the series and it was sold at Christie’s New York for $179.4 million. This is considered one of Picasso’s most famous late works.

The Dream is considered one of Picasso’s most famous and also one of his most sensual paintings. The 1932 painting portrays his model and lover Marie-Therese Walter sitting on a red chair with her eyes closed. In 2013, the famous artwork was sold to Steven Cohen for $155 million.

Three Studies of Lucian Freud by Francis Bacon is one of the world’s most expensive contemporary works of art. The painting was sold for whopping $142.4 million at Christie’s New York in 2013. The iconic 1969 painting marks the culmination of Bacon’s relationship with fellow painter Lucian Freud.

This stunning painting by the American painter Jackson Pollock is also one of the most expensive paintings ever sold in history. The painting was done on an 8′ x 4′ sheet of fiberboard, with thick amounts of yellow and brown paint drizzled on top of it, forming a nest-like appearance. No 5, 1948 was sold at Sotheby’s in 2006 for $165.4 million.

Billionaire Steven Cohen purchased this masterwork in 2006 for $162 million. This is the only “Woman” painting by Willem de Kooning that is still in private hands. It is the third in a series of six paintings by the famous abstract expressionist, done in the period between 1951 and 1953.

This iconic work of art was bought by cosmetic magnate Ronald Lauder in 2006 for whopping $158 million. This painting is part of a series of five paintings which had been returned for the heirs of Ferdinand Bloch-Bauer. The Nazis confiscated these paintings during the World War II, but after the war they were placed at the National Gallery of Austria in 1948.