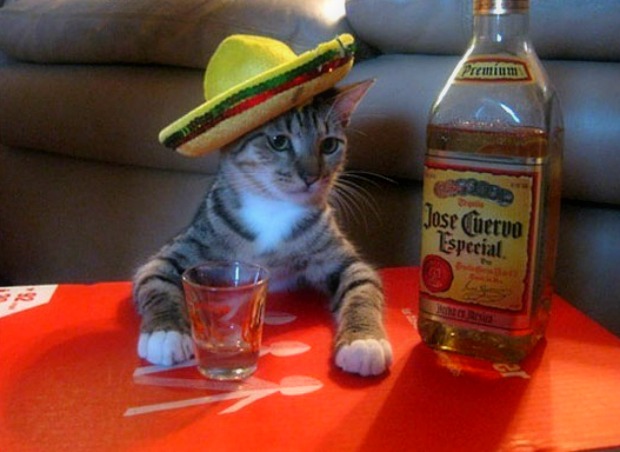 Funny jokes about Mexicans usually always involve a certain Juan in a disadvantaged situation, where the person talking to them (who is white most of the times) has something very clever to say, making them look foolish. And this belief that they are under-educated isn’t the only stereotype at all. They’re poor and lazy, they drink too much tequila, all of them wear sombreros – the list is basically endless.

And yet, if you’ve had the chance to know or work with a Mexican fellow, you’ll find these labels slowly starting to fade away as you get to know them better. It’s only natural you were forced to believe these things, since they are largely imposed by the American culture. However, 21-st century multiculturalism has showed us that the blending of different cultures can be a good thing and we’re all starting to be a bit more open-minded when it comes to people with different backgrounds.

Mexicans today are widely appreciated across the United States and we all know a Pedro or Hilda every here and there. And as fine and acceptable as that is, there are still certain customs of these people that Americans still might find weird.

The tolerance of Mexican people for spicy food is very admirable. They put extra sauce and spices on any food and make it seem so tasty. Anything, and we mean anything, can be quickly rolled up into a taco with the right chile. Tortillas are probably the most commonly used Mexican food around the world as they are so great to combine with everything. From soups and stews to meat and salad, corn wheat tortillas make a great bread substitute.

The True Meaning of a “Family Dinner”

Ever been to a Mexican party? If you have, then you know their closest family actually involves the entire neighborhood. Everyone from first and second cousins to great-grandparents are involved in the family meal and it’s perfectly normal that they’re all close with each other. As a stranger, especially if you are female, you’ll hear some great pick up lines in Spanish and even enjoy Mexican jokes they like to tell themselves. Family always comes first and as Americans we’re finding this weird just because we’ve been taught to lead a more individual life that doesn’t necessarily make it more correct or acceptable.

Their Own Halloween Holiday Substitute

Why would anyone want to celebrate the deceased? Well, if you think better about it, the Mexican Day of the Dead is not that different from Halloween. Looking back at the origins of this much popularized holiday of ours, it all started from the ancient Celtic tradition of honoring the dead; fast forward numerous centuries and that version has been drastically changed. Well, like we said before, Mexicans love their families and it is beautiful that they decided to dedicate a day to their deceased loved ones.

Although a woman may find it insulting to hear whistles behind her as she is passing by, with Mexicans this is a normal form of communicating to get someone’s attention. If a child is not listening to the scolds of their mother, she’ll be more than ready to give him a good whistle so that he pays attention; when the workers on the construction site are not being obedient, their boss will make this loud sound to make sure they got his instructions.

Religious Symbols Inside Their Home

Having close Mexican friends, you’ve probably had the chance to visit their house. And if the young ones today have blended in and accepted our habits, staying at their parents’ home you’ll notice a more traditional approach: they have a figurine of the Crucifixion even in the guest room. While some of us have now become atheists or nurture other religions, Mexicans are mostly Catholic people and their religious beliefs deserve nothing but respect.

Before you judge someone, always think twice. You don’t know what they may be going through or where they come from. Mexicans today make a large portion of the US population and as much as they’ve accepted from us, it is inevitable that they have taught us some things too. Who doesn’t love tortillas, hey?